Is Failure Successful in Causing Injury?

Each set should be performed to the point of muscle fatigue but not failure, because exerting muscles to the point of failure increases the likelihood of injury or debilitating residual muscle soreness, particularly among novices. 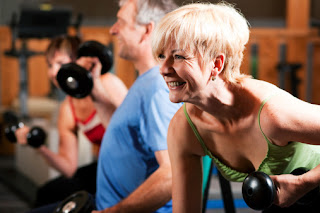 Before getting into the answer, let's clearly define what "failure" in strength training is.  The act of strength training makes the trainee stronger in the long run (starting about 48 hours after the workout), but it actually weakens muscles in in the short term.  Maybe this is stating the obvious, but a trainee is strongest on the first rep and weakest on the last rep of a set.  Momentary muscular failure, or "failure" for short, is performing an exercise until your level of strength is less than that of the weight being lifted.  In practical terms, failure occurs when you start a repetition that you can't finish, no matter how hard you try.  No amount of determination or effort will complete the rep because your muscles are no longer strong enough to move the resistance (barring a "cheat" technique, such as jerking your body to gain momentum to complete the rep...but for the sake of your joints, please don't cheat!).

Does working to failure cause injury?  Speaking from years of personal experience and basic physics, no, I don't believe it does.  Observationally speaking, I have been training clients to failure for nearly six years and have not seen any resulting immediate injuries.  A large portion of my experience features seniors with osteoporosis and arthritis.  If anyone is susceptible to potential training injuries, it would be that population.  Also, I have been training to failure myself for most of the past 10 years and have no experienced injuries during the last reps of my sets (or during any part of my exercises, for that matter).

However, my confidence in the safety of momentary muscular failure is mostly due to the physics aspect of it.  Injuries occur when the force placed on a tissue (joint, tendon, ligament, muscle, etc.) is greater than the force that the tissue can withstand.  Remember Newton's Second Law of Motion?

To injure yourself, there must a combination of mass and acceleration that your joints can't handle.  During a set, the mass (the weight you're lifting) is always the same.  As stated before, during the exercise, your muscles become weaker and, therefore, are less capable of producing a significant acceleration.  If you are going to accelerate enough to cause injury, it has to occur at the start of the set.  Fresh muscles are more capable of accelerating and causing injury.

The one exception to this is cheating.  If you are so determined to complete the last rep that you will break form via jerking your body in some way, then training to failure poses an injury risk for you.  Other than that, I believe it is safe for the general population.

Final Thoughts on the ACSM Statement

The other part of ACSM's statement described training to failure as a cause of debilitating soreness in strength training novices.  This does happen, but the cases are few and far between.  From my experience, the major cases of debilitating soreness occur when new strength trainees train intensely with multiple sets per muscle on the first day (i.e. five sets of the bench press, three sets of chest flys, and four sets of dips).  Using a high volume of exercise on a specific muscle group is worst way for new trainees to start.

For anyone who is new to strength training, I recommend performing one set per muscle group with each set performed to a mild level of muscle "burn" during the first two or three workouts.  After that, working to failure should not produce debilitating soreness and, in my opinion, should not cause injury.  Training to momentary muscular failure will allow you to use as many muscle fibers as possible, allowing for the greatest strength and muscle gain, while not posing any detriment to your joints.
Posted by Dr. Sean Preuss at 3:43 PM