I'm not a fan of beating around the bush, so let's establish this right away: strength training is a not a significant medium for losing weight. If your weight loss plan is based on no major diet changes and the addition of a strength training program, what you will achieve is disappointment. This is illustrated in a study conducted at the University of Ottawa, where obese, type 2 diabetics were put through a strength training program of three times per week for six months [1]. The subjects consumed within 10% of their daily caloric needs everyday, so no major food restriction or overconsumption occurred. Despite having a large amount of potential fat to lose, the subjects lost less than 2.5 lbs of fat. Strength training by itself is simply not an effective method for losing large amounts of body fat.

Weight maintenance, on the other hand, is a different story. 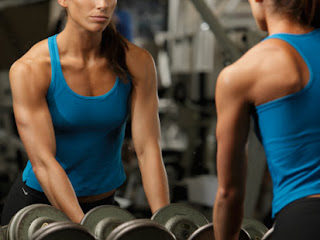 The Effects of Strength Training on Metabolism

The National Weight Control Registry (NWCR) is a website designed to gather information from people who have lost at least 30 lbs. and have maintained that weight loss for at least a year. Anyone who meets those two criteria is encouraged to join. New participants fill out questionnaires and the NWCR assesses the data, looking for commonalities amongst the members. Currently, there are over 3,500 members.

In my opinion, the data from the NWCR is mostly important for weight maintenance - not weight loss - because success rates are MUCH lower with maintenance. Keeping that in mind, a major find with the NWCR members is that 29.2% participate in strength training, making it the second most common physical activity after walking [2]. You may not think that 29.2% is that large, but it is much higher than the rate of people who strength train in the general population.

Is there a reason for the high amount of strength training among stable weight-losers, or is this just a coincidental association? 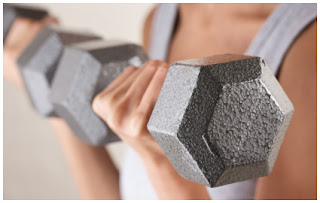 A study looking at the calorie "burning" effects of strength training suggests that there is a reason for the relationship [3]. Overweight young men participated in two different strength training routines. Both routines featured 10 exercises, each set performed to complete fatigue, with six-second repetitions and 30 seconds of rest between each exercise. The researchers measured resting energy expenditure, or the rate of calorie usage for regular body function, at 24, 48, and 72 hours after the workouts.

The results: the trainees' metabolic rates increased roughly 100, 90, and 80 more calories for each of the three days following the workouts. These amounts aren't major additions for people looking to lose weight, but this can make a big difference for those looking to maintain a weight loss.

The other major find of this study is that the amount of sets does not have an impact on the metabolism changes. One group performed one set per exercise and averaged 16 minutes per workout, while the other group performed three sets per exercise with an average total of 37 minutes. Despite requiring an average of 21 fewer minutes in the gym, the one set routine led to the same increases in calories used over the following three days!

However, as discussed, strength training's greatest role could be helping those of you who are working to maintain a weight loss. From personal experience, I do believe there's a reason why nearly a third of the NWCR members strength train...it's also been a major part of the plan to maintain my own weight loss!
Posted by Dr. Sean Preuss at 11:56 AM