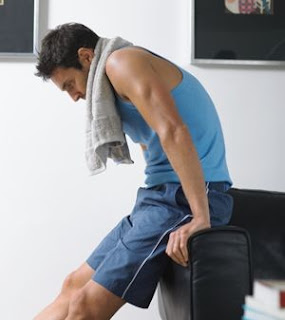 This past Monday, I spoke with a woman who has lost over 30 lbs. but still aims to lose another 15 and hasn't lost any weight in the past few months. To lose the weight, she made significant changes to her eating habits (mainly removing processed foods and non-water beverages) and strength trained. Then she added more exercise. She now participates in group exercise classes, which combine strength training and aerobic exercise, six days per week.

After several conversations where she shared details involving her weight loss timeline, diet, and exercise, she asked for my advice. I recommended exercising LESS...am I crazy?

Our bodies are incredible systems for maintaining homeostasis. When changes occur outside the norm, our bodies often respond with negative feedback. Simply put, negative feedback is an action taken to counter and correct a current situation. For example, when we are cold, we begin to shiver, which generates heat.

Our control system does not like to be overly cold. It also does not want to lose weight. This was demonstrated in a 93-day study with 11 pairs of identical twins at Laval University [1].

The exercise program's goal was to expend about 58,300 calories over the 93 days. It comes out to an average of about 627 calories expended per day through intentional exercise. The participants, which were men averaging 21 years of age, exercised about an hour per day to reach that goal.

At the end of the study, the participants experienced an average metabolic drop of 8% - about 150 to 250 fewer calories expended per day for a young man. Even though the subjects exercised every day and maintained just about all of their fat-free mass (muscle, bone, etc.), their bodies responded by using less fuel for basic needs. 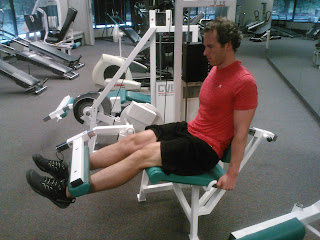 A study at the Birmingham campus of the University of Alabama compared the effects of three exercise programs on resting metabolism and daily calorie usage. The participants were 72 women between the ages of 60 and 74 years old [2]. The groups performed strength training and aerobic exercise each once (1x1), twice (2x2), or three times (3x3) per week for 16 weeks. The strength training and aerobic workouts were the same for each group.

The results were not what you would predict: the 2x2 group was the only group to expend more total calories per day. The 3x3 group actually expended fewer calories per day, which was due to changes in NEAT.

NEAT, or non-exercise activity thermogenesis, is a measure of the energy expended for everything inbetween rest and intentional physical activity. Essentially, NEAT covers all of your low intensity activities, from tapping your fingers on a desk to swaying while you're standing. NEAT is mostly subconscious (have you noticed that some people fidget more than others?).

In the Birmingham study, NEAT increased by 57 and 200 calories per day in the 1x1 and 2x2 groups. On the other hand, the 3x3 group decreased their average NEAT by 150 calories per day (some of these finds are statistically significant, and some are trends).

In case you're curious, in the Birmingham study, the 2x2 group lost 4.4 pounds of fat, compared to just 1.1 lbs lost by the 3x3 group. The identical twin study did produce an average weight loss of about 12 pounds. However, there's no comparison group. It's possible that a group performing half the amount of exercise could have lost more weight. In addition, the weight loss rate was about one-tenth of a pound per hour exercised...would you exercise 10 hours to lose a pound?

As you see with both studies, large amounts of exercise can lead to negative feedback reactions within the body. Resting metabolic rate dropped with the twins who exercised roughly an hour per day for 93 days. Women exercising six days per week in the Birmingham study experienced a significant decline in NEAT, unlike the groups that exercised two and four days per week.

With exercise, sometimes less is more. Rest needs to be a regular part of your exercise routine, especially with strength training (to allow for muscle repair and growth). There are basic rules for recovery - don't train the same muscle groups on consecutive days and allow each muscle group at least 48 hours of rest following strength training. Individual response to training frequency varies as well - the researchers in the identical twin study found that the sets of twins varied in their response to training, meaning genetics plays a role in how severe frequent training will impact your metabolism.

If you're not losing weight at your desired pace but are exercising 5-7 days per week, take at least one additional day off and give yourself a few weeks to see what happens.