Every abdominal exercise introduction I give to a client starts like this:

Do you know the difference between a crunch and a sit-up?

Your rectus abdominus, or "abs", mainly flex the spine, bringing the chest down and closer to the navel. The hip flexors are a group of muscles that do exactly that: flex the hip. Those muscles are the iliacus, psoas major, and psoas minor. Flexing the hip brings the thigh up or brings the whole upper torso downward.

Before I go any further, let me say that I do not believe direct abdominal work is necessary. The abdominals often contract and work due to the stabilizing they perform on many exercises. The abdominals also benefit from a lot of indirect effect (stimulus to grow from exercising other muscles). I rarely do any abdominal-specific exercises, outside of a crunch at the end of a pulldown.

In my experience at public gyms, most people who aim to work their abs end up performing some sort of hip flexion exercise, therefore mainly targeting the iliacus and psoas. The confusion exists because the hip flexors and abdominals are both located in the midsection. The rectus abdominus connects the very bottom of the sternum (chest bone) and front of the lower ribs to the pelvis. The hip flexors basically connect the lower back (T12-L5) to the thigh. In either scenario (working the abs or hip flexors), "burning" will occur in the midsection when the exercise is performed with enough intensity.

To help you mainly target your desired midsection muscle, I have two aids to help:

1. A Word of Advice: if you are performing an exercise for your midsection and feel an "ache" or "burn" in your lower back, you likely have hip flexion occuring, and therefore your psoas are involved.

2. Photos: The first two are different executions of abdominal machine. The first picture is the end of a true crunch. Notice the lower back is still making contact with the back pad. In the second picture, the back is off. That execution in the second is mainly using the hip flexors, whereas the first is for the abs. The third photo is a crunch for the abdominals. Again, the lower back experiences little movement. The fourth is a sit-up. There is some flexion of the spine and abdominal work in a sit-up, but it is mostly a hip flexor exercise. The last photo is a leg raise, a common gym exercise that people often mistake for being an abdominal exercise. 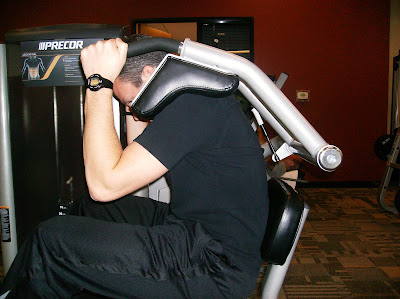 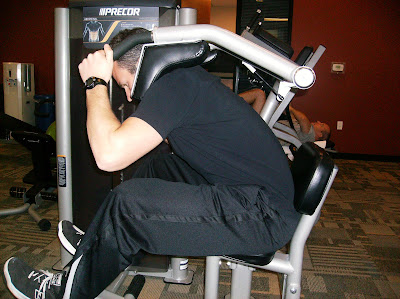 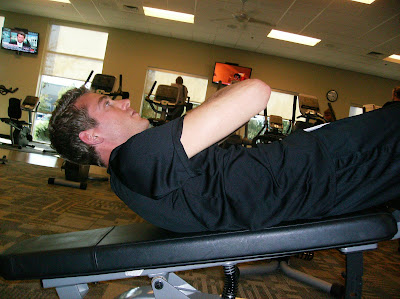 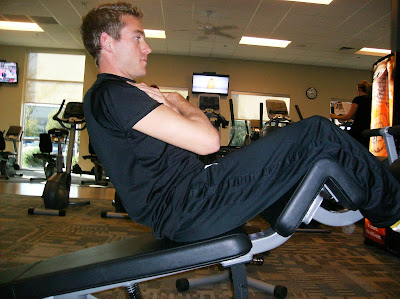 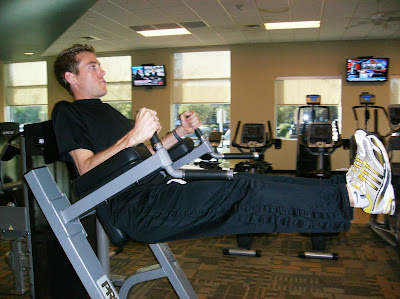 I have this conversation with people at my gym all the time.

Jake-You are a smart man and people should listen to you. It's a very technical point, but can spare the trainee some time by most effectively training the target muscles and eliminating the need for extra sets.

Great, straight to the point explanation.
Its funny how people ALLWAYS seems to not understand this.
I always giggle when I see people doing their silly leg raises! :D