The Flaws of an Active Couch Potato 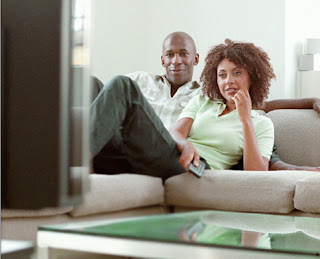 What you just read are the physical activity guidelines for adults by the US Department of Health and Human Services (USDHHS) and the American College of Sports Medicine (ACSM). These guidelines are created in response to the associations that increased physical activity have with improved health in observational studies [3].  However, there are no guidelines for limiting sedentary behavior.  After looking at the research, limiting long periods of sitting may be just as important to our health as getting exercise.  Also, if you believe that exercising often means absolving yourself of the detriments of sedentary living, then keep reading. 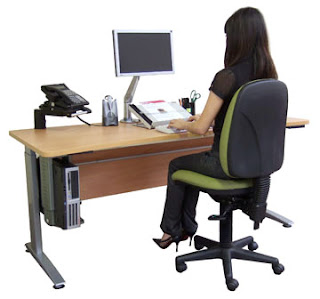 The average person spends 7-10 hours sedentary per day (this does not include sleeping) [4].  Research has found a linear relationship between quantity of sitting time with risk of death via cardiovascular disease [5].  More sitting is also linked to increased risk of insulin resistance, the precursor to diabetes [4].

"Too much sitting is distinct from too little exercise," as authors of one research review stated [5].  People who sit hours per day while still fulfilling the guidelines set forth by the USDHHS and ACSM may believe that the detriments of sitting doesn't apply to them, but research states otherwise.  These people, called "Active Couch Potatoes," fare a little better than those who don't exercise and sit a lot. However, their risk for metabolic syndrome (high blood pressure, high blood sugar, etc.), death from all cause, and cardiovascular-related death are all significantly elevated [5]. One study actually showed that people who sat less than three hours per day had a lower risk of mortality than those who exercised about twice as much yet sat more than six hours per day [6].

The largest concern seems to be the effects from uninterrupted sedentary time.  In one study, researchers had 168 subjects wear accelerometers, a device that detects force generated by muscle activity, for seven days [7].  The results showed that, "independent of total sedentary time, moderate to vigorous-intensity time, and mean intensity of the breaks, more interruptions in sedentary time were beneficially associated with metabolic risk variables, particularly adiposity measurements (waist circumference and body mass index), triglycerides, and 2-h fasting glucose."  Subjects were also found to be sedentary 57% of the time!


Sitting is Bad, But Why?
Researchers in several studies suggested one common, underlying reason for why sedentary behavior causes such health and obesity issues: the suppression of lipoprotein lipase (LPL) [4, 5, 7].  LPL is an enzyme involved in the metabolism of triglycerides, fatty acids, and the production of HDLs (what some consider the "good cholesterol").  When LPL activity is dramatically decreased, energy usage and demands decrease, meaning the body favors storing more of its fat and glucose.  As far as I have read, the best test performed on this theory was one involving rats [7].  Researchers prevented rats from their usual ambulatory movements (standing, light walking) for one day.  As a result, LPL activity decreased by 90%!
Sedentary Solutions 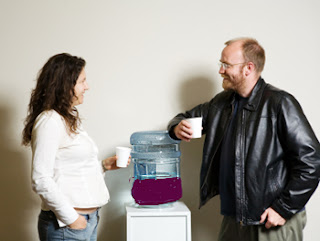 Before I state my thoughts on the material and present a solution, be aware that these studies are observational.  Even though the researchers have been thorough, there are many variables and it's possible that confounding factors could cause the issues that sedentary behavior is linked to.
In regards to sitting and its potential harmful effects, lets be clear: the major issue is not quantity of exercise time.  The solution here is not to jog or cycle more during your non-sedentary time.  The research is indicating that we are allowing our bodies to be idle for too long.  Moving forward, we need to break up our long periods of sitting at our work desks, home offices, while watching TV, or during long commutes.  As one study stated, the intensity of the break doesn't seem to matter [7]:  Tap your toes, lift your knees up, walk to the water cooler every half hour - move in some way.  Fidgeting is your friend in this case.  Clearly, our desired state during consciousness is not sedentary.
Posted by Dr. Sean Preuss at 9:54 AM

Great post, Sean. Just wanted to add that a simple timer (mechanical or a software version installed on a computer) can be a good tool to use as a reminder to get up and move. I usually get very focused when I work and if I don't set a timer hours can pass before I peal myself off the chair. Also, for people who watch a lot of TV - use commercials time to get up and move a little.