Is the conclusion of your script already written?

No.  Your fate is still very much in your hands. But don't take my word for it - just look at the research.

A group of researchers in Sweden studied mortality rate and physical activity in more than 13,000 pairs of twins for about 30 years [1].  The pairs of twins were split into different categories based on their amounts of physical activity - you basically have two groups with one representative from each family of genetics. The results?  The more active twins had 10 and 26% lower rates of all-cause and cardiovascular disease mortality.  That's impressive, but not the most telling statistic. 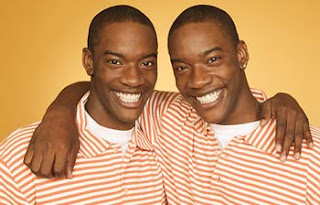 Those researchers took a deeper look at how the results turned out for monozygotic twins (A.K.A. "identical" twins, as they come from the same sperm).  The relationship between physical activity and mortality rate was even stronger: 20 and 32% lower all-cause and cardiovascular-related.  Lifestyle changes produced the largest difference between those who had the closest genetic resemblance.

The Harvard Alumni Health Study also provides a good example of genetics taking a back seat to lifestyle [2].  The study followed Harvard alumni for over 26 years.  One focus of the study is to examine the effects of parental cardiovascular disease and physical activity on heart disease risk.  The researchers found that people who participated in a lot of physical activity AND had two parents who suffered from heart disease were over 20% less likely to get heart disease than sedentary people who had no parents with heart disease (apparently those sedentary Harvard alumni weren't so smart after all). 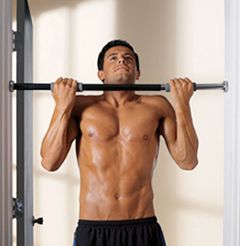 The studies I presented above are observational, so although they looked at the relationship between physical activity and mortality/disease rates, there were other unmeasured and uncontrolled factors (confounding variables) which affected the results.  The more physically active people likely ate better diets, slept more, exercised more intensely, managed stress more effectively, etc..  Physical activity was a large part of the difference, but it was a collaborative effort.

While you could blame genetics for current or future problems, I suggest a different approach...actually, I implore you to take a different approach: be assertive!  As you see above, your genetics aren't your death sentence.  Like the people in the studies mentioned, your outcome is highly determined by your actions.  Change your lifestyle to achieve your desired life.
Posted by Dr. Sean Preuss at 9:57 AM

Love your enthusiasm ... I think you've made me into a convert! Thanks!