The Flaw of Low Carb Diets 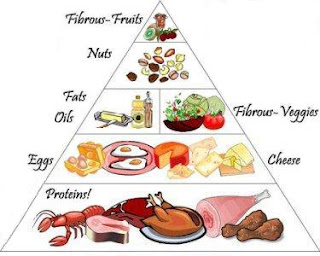 From 2006 to last summer, I was a strong proponent of low carb diets.  During those years, I assisted many clients, family, and friends in starting on a low carb diet.  In some cases, it was very successful in achieving weight loss and improved health.  Honestly, when executed well, it rarely failed.  However, as time went on, my concerns grew.  A common theme was occurring with my clients and their low carb diets.  In addition, my struggles with the diet added to this (I also lost over 30 lbs., mostly following an increase in carbohydrate intake.  However, my experience wasn't the turning point for me; science isn't about individual anecdotes.  Science is concerned with how the majority of the subjects react to a treatment, and there is a general theme with populations on low carb diets.

Before I get into why I moved away from low carb diets, let me just say that I am not bashing it as an effective approach to improve health.  It does work.  A well-executed low carb diet has been shown to out perform a well-executed low fat diet in the short term, specifically with HDLs, blood pressure, triglycerides, and weight loss [1].  One review of low carb research calculated that every 10% reduction in carbohydrates led to a 4.4% reduction in hemoglobin A1c (a measure of blood sugar over three months) and a 7.6% reduction in triglycerides for type 2 diabetics [2].  In addition, even though my stance has changed, I still only consume about 30-40% of my calories from carbs, compared to the USDA's recommendation of 45-65% [3].  All of my regular carbohydrates essentially come from vegetables, fruits, and vinegars.

For those of you who are low carb advocates, please absorb my points before responding...you may find them to be accurate with your own experiences. 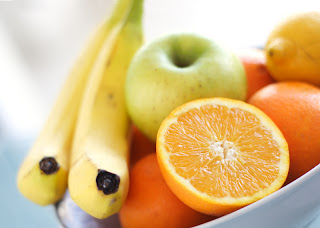 As I said, low carbohydrates work...when people stick with them.

The common themes of low carb diets in research is that many people drop out, and those who don't can't stay below the recommended carbohydrate intake.  For example:

My Thoughts and Experiences

As I have said before, weight loss is primarily caused by diet, and if a person doesn't stick to the diet, then he or she isn't going to lose weight.  I found this to be the case with many clients.  They would constantly come back with obstacles in which their low carb diets couldn't work around.  Many disliked the foods they would eat more of in place of fruits and starches.  I took a lot of different approaches with these people, and sometimes my ideas worked in getting them past obstacles.  However, more often than not, the client gave up.  I even struggled to follow it during my years as a proponent.

I don't mean to pick on low carb diets only: low fat diets also have terrible adherence rates [4] and those who don't quit seem to struggle with meeting the diet's guidelines following the six-month mark [5].  Trying to minimize one macro nutrient seems to be tough for people to do in general. Overall, I think this observation is the most telling: in my years as a strong supporter of low carb diets, I met more low carb supporters than I did low carb followers.  These people know that it works and how it works, but even may of them can't stick to it.  So the question I pose to you is this: if this is the case with you, do you keep with your approach - one that the majority seems to struggle with and continue to feel like a failure for your lack of adherence - or do you change your approach?

I changed my approach...and so far it's going well.
Posted by Dr. Sean Preuss at 3:05 PM

I'm gobsmacked! To me a low carb diet is the easiest thing in the world to stick with. If I can stick with it for ten years, then it seems like anyone could!

As you rightly point out, compliance with ANY radical change in diet is problematic.

Many folks eating a Standard American Diet will indeed see significant loss of excess weight with very-low-carb eating. After six months or so of success, a number of them can increase their carb intake w/o weight gain, if they've started a good exercise program and eat natural, whole food carbs. In other words, they can tolerate more carbs if they're not concentrated sugars and refined starches.

In our carb-centric culture, the siren song of refined carbs is ever-present. It's tough to resist.

I'm glad you have had success with compliance. However, are you saying that you don't eat fruit (or much of it, at least) and don't fall off the wagon periodically?

I agree: refined carbs are very tough to resist. It seems like many of my past and present clients and colleagues struggle with sugar addictions or some other refined carbs. Something odd that I have found is the increased fruit intake has decreased my craving for sweets...have you experienced anything like that?

I've been low carb for several years with great success. I don't find adherence to be that much of a problem (I was very much entrenched in the low fat/high carb mainstream dogma before that and a 'sweet-tooth'!)

My only excursions into 'carb territory' are the occasional square or two of high cocoa plain dark chocolate and a handful (literally!) of frozen mixed berries.

However, if I do fall off the wagon big-time (such as over Christmas), then the high-carb indulgence pretty quickly impacts on my health and puts me firmly back on the low carb path!

Hi Sean, I eat fruit every now and then, but usually just blueberries, maybe a bit of honeydew melon, strawberries. But only very small amounts.
As for cheats, yeah, I do that. Whenever I go on vacation its fun to let loose and eat all the forbidden stuff. I always gain a ton of weight and feel like crap and usually can't wait to get back to my normal diet. I usually lose the weight within a week or two.

Sticking with low carb (more than 90% of the time anyway) seems incredibly easy, to me at least. It might help that 1)I hated being as fat as I was and 2)I had tried, succeeded, but eventually failed with all sorts of low fat diets already.

My only problem with low carb it that it only seems to work to a certain point with a lot of people. I'm still looking for that magic bullet that will help me lose this last 15 pounds or so. Without giving up the scotch!