What is Type 2 Diabetes?

A study commissioned by the American Diabetes Association estimated that 22.3 million people were diagnosed with diabetes in 2012. That total has risen from 17.5 million in 2007. 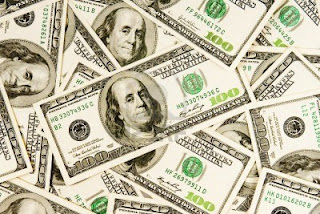 That information was part of a USA Today article from March that focused on the economic toll of diabetes on the US. Speaking of which, the US spent about $171 billion on diabetes-related costs in 2007 (estimated costs include hospital and emergency care, medication costs, production lost from diabetes-related work absences, etc.). That number jumped 41% to $245 billion in 2012.

Clearly, we have a problem and it's costing us dearly - with health and money.

With that in mind, type 2 diabetes is going to be the focus of several upcoming blog posts. Specifically, I'm going to discuss the potential to treat the disease through lifestyle modifications only and examples of some specific actions.

Before understanding how these lifestyle changes impact diabetes, you must first understand diabetes itself. Therefore, in this post, I'm will describe diabetes in my own words.


What is Type 2 Diabetes?

Type 2 diabetes makes up about 90% of all diabetics. At the most simple level, type 2 diabetes is a disease of excess blood glucose, but it's much more than that.

Glucose is a simple sugar that enters the blood stream after food (carbohydrates and/or proteins) is broken down in the digestive system. Blood glucose increases with the new glucose from your most recent meal, and then, in a healthy system, the Beta cells in your pancreas release insulin. Insulin is the key that unlocks the cell doors so glucose can enter.

Ideally, the excess glucose enters cells. Insulin sensitivity is the state when cells eagerly take glucose from blood. In a healthy system, most cells use glucose for immediate energy. Liver and muscle cells can also store glucose as glycogen, which can be used in future times of need.

As a result of the whole process, excess glucose is removed from the blood and stored in an efficient manner, and the overall amount of blood glucose remains in a desired range. 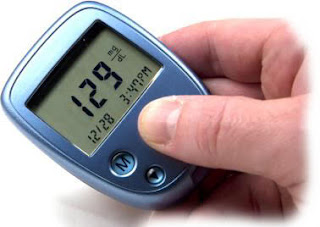 In a diabetic system, there are a number of issues, two of which we'll chat about here.

First, a high percentage of the Beta cells in the pancreas "burn out" and die from being overworked. This means insulin will never be produced by those cells again. This is significant because, eventually, the pancreas may not be capable of producing enough insulin to accommodate the extra blood glucose.

Another problem is insulin sensitivity ceases to exist. The opposite condition, insulin resistance, means cells are resistant to insulin's attempts to open the cell doors for glucose. Therefore, the cells are no longer efficient at taking glucose from blood. During insulin resistance, excess glucose remains in the blood or is accepted by fat cells for conversion to fat.

To summarize a diabetic situation, blood sugar remains elevated because the pancreas cannot produce enough insulin and, even when insulin is present, cells are resistant to accepting the sugar.

In the long term, blood glucose is chronically high, which leads to a plethora of serious complications, such as the loss of sensation in the feet and hands, the loss of sight, heart disease, high blood pressure, heart attacks, strokes, kidney failure, and limb amputation, to name a few.

This summary of diabetes is a short version of a more complex condition. The good news is that type 2 diabetes is largely treatable for many through lifestyle actions. In future posts, we'll talk about those actions so you can live a long and high quality life without the detriments of this costly disease.
Posted by Dr. Sean Preuss at 3:43 PM

Email ThisBlogThis!Share to TwitterShare to FacebookShare to Pinterest
Labels: anatomy and physiology, Diabetes