The Effects of Strength Training on Healthy Minds

The health mindset in the US is often to react instead of proact. As discussed in the previous article, Alzheimer's is the fifth leading cause of death in the US and dementia as a whole affects many seniors. 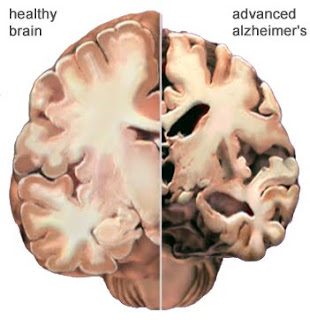 Senior women at risk for dementia benefit in a number of ways from strength training. Specifically, strength training improves their associative memory, processing speed, and blood flow to various parts of the brain.

However, what does strength training offer healthy minds? Treatments are often successful for people who are ill and leave a lot of room for improvement, but give little to nothing for those of even average health. In the case of men and women who are currently mentally sharp, can strength training move them even further away from the risk of dementia?

To get an answer, let's look at two studies.

First, let's discuss women [1]. Women between 65 and 75 years old strength trained once per week (1X), twice per week (2X), or participated in a control group that did a combination of light lifting along with balance exercises (CON).

The study, conducted at the University of British Columbia, lasted a year. Each exercise session lasted an hour (including warm-ups and cool downs). The exercises were challenging, with every set performed until complete fatigue ("muscle failure") withing six to eight repetitions.

Following the training, the 1X and 2X groups improved their performance in the main cognitive assessment, the Stroop Test, by 12.6 and 10.9%, whereas the score of the women in the CON group digressed slightly. The Stroop Test measures selective attention, cognitive flexibility, and processing speed. 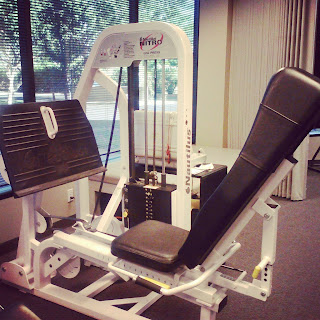 Cognitively healthy men were assessed before and after 24 weeks of strength training in a study at the Federal University of San Paolo [2]. These men were an average age of 68 years old. This study also featured three groups, except it looked closer at the amount of weight and not the frequency of training. The men trained with a moderate resistance (MOD), a high-intensity resistance that was performed to complete fatigue (HI), or were in a control group that featured stretching and light exercises (CON).

In terms of mental and emotional outcomes, both strength training groups improved in a number of ways, whereas the control group digressed or experienced little change. Specifically, the strength-trained men improved in tests assessing short and long-term memory, selective attention, anxiety, depression, overall mood, and self-assessed quality of life.

The researchers in the San Paolo study made two key points which may explain why strength training is effective for improving cognitive function in seniors. First, in the elderly, mood is strongly connected with cognitive function, so as mood improves, so does cognitive ability. Second, strength training improves blood flow to the brain. This extra blood provides additional oxygen and nutrients to the central nervous system, including structures that are responsible for learning and memory.

Both studies compared two strength training programs. All of the strength training programs induced positive cognitive changes. However, if you asked me to create one specific exercise protocol for seniors based exclusively on the studies above, I recommend the twice-per-week frequency and training to complete fatigue with high-intensity resistances (weights that will induce complete fatigue within eight repetitions at a normal lifting speed).

In the British Columbia study, the only women to improve in peak power were the twice-per-week group. Peak power is key for seniors, as it's the trait necessary for performing the most challenging daily tasks. In the San Paolo study, the HI men were the only group to gain lean mass (muscle, bone, etc.) from training. Since the MOD group didn't train to complete fatigue, it's impossible to say whether the added lean mass came from heavier weights, training to complete fatigue, or both. However, the combination was more successful.

The most important point to take is that strength training with a moderate to difficult resistance, even as little as once per week, will improve cognitive function in seniors aren't showing signs of dementia. In a society where we generally wait for disease or signs of disease to act, be proactive and start strength training now to maintain your mental sharpness.
Posted by Dr. Sean Preuss at 9:00 AM