In life, there are times when the actual evidence doesn't match the narrative we believe to be true. We believe a friend is a generally moral person, but he steals money from his employer, doesn't spend time with his kids, and frequently treats people disrespectfully. Some say older adults should "take it easy," but inactive people die sooner while those who exercise intensely live longer and higher quality lives. 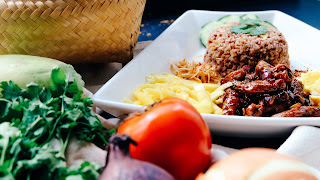 One of the most popular narratives in nutrition is eating smaller, more frequent meals "revs up" metabolism, and the increase in metabolism leads to weight loss. However, large-population studies in the US have found that increases in eating frequency are the biggest dietary change from the late 1970s to the mid 2000s (1)...a period of time when obesity was increasing in the US.

Is it time to change this recommendation in favor of traditional eating (three meals per day)? Maybe.

A few well-controlled studies measured metabolism with diets featuring the same amount of daily calories, but in different amounts of meals. A month-long study of women who were obese or overweight compared eating two meals per day versus eating 3-5 (2). Sleeping metabolism and total daily calories "burned" were the same in both groups. Other studies comparing two versus seven meals, three versus six meals, and two versus three meals also found no difference in metabolic rate following the different eating frequencies (3,4,5).

After seeing all of those results, you likely won't be surprised to read that a review of meal frequency studies concluded "increasing meal frequency does not appear to significantly enhance diet-induced thermogenesis, total energy expenditure, or resting metabolic rate (6)."

For the research measuring weight loss, one study showed different meal frequencies had no effect on weight or fat loss (2). Other research showed men and women lost more weight and fat when eating one meal per day compared to when they ate three meals per day, despite eating the same amount of calories with both approaches (7). 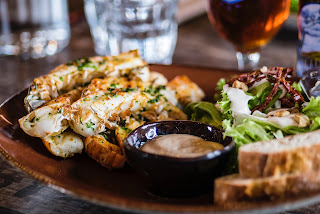 For maintaining or building muscle, some believe eating more frequently is necessary. In the research review, three out of four studies showed no difference in a measure of muscle maintenance/growth when comparing different amounts of daily meals (6). One study advised that it's more important to concern yourself with how much protein you eat, not how often you eat it (6).

To minimize hunger, a middle ground of about 3-5 meals seems best.

There's one additional important point to note that the research doesn't cover: self-control. Many people (including yours truly at times) don't consistently control portions. While eating small, frequent meals may sound easy, they may actually become frequent, moderate-to-large meals. Therefore, I think eating less often (3-4 times per day) is smarter as it limits the opportunities for a person to overeat.

The narrative of eating small, frequent meals to boost metabolism and lose weight is simply a narrative...a fictional story. It's not true. Eating small meals throughout the day does NOT increase metabolism. In fact, it may increase your hunger.

If you want to lose weight, focus on the quality of your foods, eating enough protein to maintain your muscle mass, and eating around 3-4 meals per day to satisfy your hunger while minimizing opportunities to overeat.

Also, stop people when you hear them recommending small, frequent meals to "rev-up" a person's metabolism. The evidence doesn't fit the narrative.

Thank you, and thanks for following.