The Scale is Deceiving You 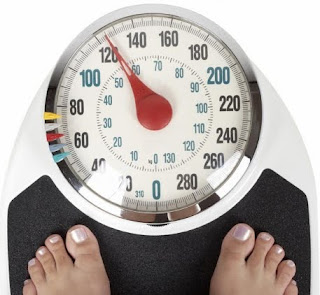 Well...your scale isn't intentionally deceiving you.  You might just be looking for information it can't give you.  Allow me to provide an example.

One of my clients lost five pounds in the last two months.  Actually, he lost about eight pounds after the first five weeks, and then he gained three pounds in the last three weeks.  However, he was extremely happy with his progress both at five and eight weeks.  Considering that the client's main goal is to lose fat, how could he be happy with me and his progress after seeing the scale's number go up?

If my client only had a scale, he might have gotten down on himself when witnessing the weight increase, but fortunately, he was able to see the whole picture with a body composition exam.  If available to you, I highly suggest going for a test periodically.  Not only will you see where you currently stand, but you can more effectively assess how your nutrition and exercise programs are working by looking at the changes in body fat and lean tissue.
Posted by Dr. Sean Preuss at 6:03 PM