I started working with a woman named Sharon about two months ago.  Sharon was familiar with the harms of grain consumption due to her battle with Celiac disease.  She ate few grain foods due to her disease, but she still ate a large amount of carbohydrates in her diet.  To address her goals of improved health and fat loss, I recommended a low carbohydrate diet consisting of foods like meat, fish, eggs, veggies, and nuts, while limiting processed foods, grains, legumes, dairy, and most fruit. 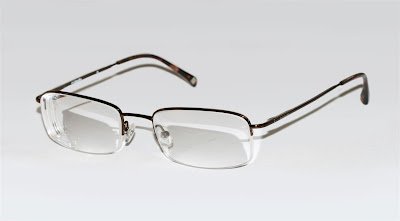 In less than three weeks, Sharon started raving about her results.  She felt thinner, was constantly satiated, and had plenty of energy.  However, the best part to her wasn't any of those benefits.  She was most excited that her vision had improved to the point where she went from regularly using glasses to rarely using them.  The reduction in carbohydrates helped her vision, so she believed.  Is it possible?  Does eating a low carbohydrate diet improve vision?  Lets take a look at the evidence.


Carbohydrates and Eye Degeneration
Diabetic retinopathy is a condition where damage occurs in the blood vessels of the retinas of long time diabetics.  Symptoms, according to this review on Pub Med, are:
Floaters are tiny particles drifting across the eye.  The article also goes on to state:

Diabetic retinopathy is the leading cause of blindness in working-age Americans.

Now, I'm not saying Sharon absolutely had/has diabetic retinopathy, but if the condition is so common, she may have suffered from it to some degree, especially considering her previous high carb diet.  Diabetes is a disease driven by carbohydrates.  Diabetes occurs when blood sugar remains at an elevated amount because the liver and muscles (the desired storing spots) are no longer able to store more sugar.  Insulin also becomes less effective in removing sugar from the blood and the pancreas secretes more and more insulin to address this problem.  What drives insulin?  Blood sugar.  What drives blood sugar levels?  Carbohydrates, primarily.

Persons at risk of AMD (age-related macular degeneration) progression, especially those at high risk of advanced AMD, may benefit from consuming a smaller amount of refined carbohydrates.

The previously-cited review mentions "tight control of blood sugar" as a treatment for this condition.  While glycemic index is more effective at managing blood sugar than the standard low fat/high carbohydrate diet, it's not as effective as a low carb diet for this purpose (read here).

It seems that long term blood sugar stabilization can prevent premature degeneration of the eyes.  The best way to control blood sugar is through a low carb diet.  However, can it reverse some of the damage experienced from years of high blood sugar?  I can't say for sure, although Sharon is very happy with the results.
Posted by Dr. Sean Preuss at 6:28 AM

Sean, I wonder if strength training raised Sharon's insulin sensitivity and played a role in the improvement of her vision, too. In a long run would you say that strength training has a significant influence on blood sugar regulation?

I thought about that in trying to identify other factors, but we did hardly any significant ST at that time. She had just three sessions at that point. Those sessions consisted of learning the exercises and had little intensity (as is the case for all new people in the first few sessions). With that said, strength training does have a strong influence on blood sugar in the long run, and it increases insulin sensitivity: