How to Raise a Superstar Athlete, Part II

In part I of this series, we discussed that you need to find the right sport and position that fits your child's genetic strengths and features.  Now we will discuss skill acquisition: how your child can excel at performing the skills necessary for that sport. 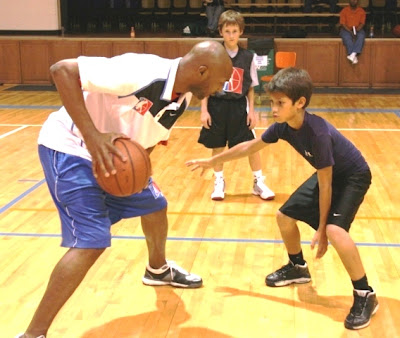 Skill conditioning, on the other hand, is a different story.  The benefits of skill conditioning are specific to the skill.  Skill conditioning is also different in that it's ideally performed as frequently as possible with exact replication as it would be performed in regular usage.  A basic example of this is learning how to type. The best way to learn is to practice often and type common words, sentences, and paragraphs, just as you would when you aren't practicing.

Now that you know your future sports star needs to practice frequently, we need to cover specifics: how much practice will make your son or daughter an expert at performing these athletic skills?  How can you go about attaining that skill conditioning? 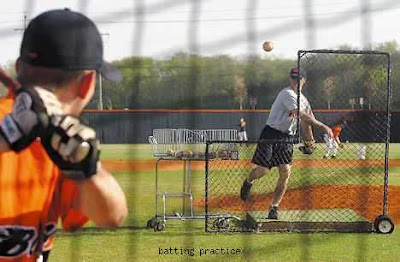 Outliers: The Story of Success by best-selling author Malcolm Gladwell covers the science of attaining expertise.  In the book, he answers the question of how much:

The idea that excellence at performing a complex task requires a minimum level of practice surfaces again and again in studies of expertise. In fact, researchers have settled on what they believe is the magic number for true expertise: ten thousand hours.

10,000 hours is clearly a lot of time.  Now, remember, as I mentioned before, skill conditioning is optimal when exact replication of the skill is practiced extremely often.  How does a child get the highest quantity and highest quality skill conditioning: by playing more games vs. live competition, whether it be against another team or via intra-team scrimmages. For youth athletics, the most serious teams are typically travel/club teams, who play year round and practice the most, unlike rec league teams that are seasonal and have coaches that aren't as committed.  Even if a rec league team practiced year-round as well, an athlete who spends five more hours per week playing on a club team than an athlete on a rec league team will have 200-250 more hours of practice/game play per year.  That number swells to 1,000-1,250 more hours over a five year span and 2,000-2,500 more hours over a ten year span.  If I told you that Person A did a certain activity at least 2,000 hours more than Person B, wouldn't you expect Person A to be significantly better? 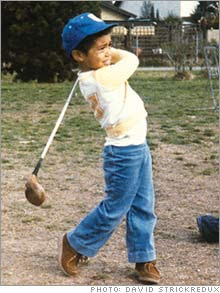 The above picture is Tiger Woods at age 3.  His skill conditioning started earlier than most.
The numbers in the last paragraph may be conservative, too.  Some club teams play 10 or 15 hours more per week than rec league teams.  The club players are also more likely to attend camps over the summer months.  While it's unlikely that kids would attain 10,000 hours of practice by the time they are 18 and ready for college, the club team player with a several thousand hour advantage is going to be a lot closer to expertise than the rec team player.


In Summary: How to Raise a Superstar Athlete
Posted by Dr. Sean Preuss at 12:01 PM