The last two blogs discussed what flow-mediated dilation (FMD) is and how exercise can be manipulated to improve it.  Recalling that FMD is a measure of arterial health that strongly represents overall cardiovascular health, we're going to figure out if and what type of fat damages your heart health.

A high fat meal was pinned against a low fat meal in looking at short term effects on FMD [1].  The high fat meal, with 45 grams of fat, led to a statistically significant decrease of FMD for two to four after the meal (recall that "statistically significant" just means that the changes did not occur due to chance).  The fat-free meal essentially did not change FMD at all.  You can see the results below in the chart.

In their conclusion, the authors stated that saturated fat is an independent predictor of cardiovascular disease risk.  I mean, it seems pretty straight forward: this study clearly shows that fat is bad for your arteries.  Why don't we just consider that conclusion a fact so you can get back to watching TV and I can get ready for my flight to New York tomorrow?

Unfortunately, it's not so straight forward.  Lets look at the details.  Here are the meals consumed by the groups: 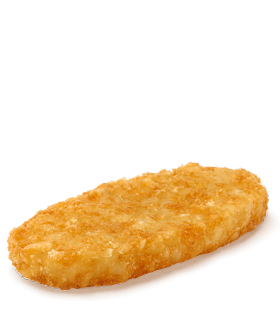 
The fat-free meal was said to have zero grams of fat and nothing else can be determined as the quantities of each food and drink were unlisted.

It's impossible to conclude from this study that saturated fat alone leads to a short-term digression of FMD: most of the fat calories are from unsaturated fat, and fat makes up less than half of the calories - there are several other possible causes!

Lets start with the ingredients for a McDonald's hash brown: corn oil, hydrogenated soybean oil, dextrose, corn flour, and it's prepared by cooking in corn oil, hydrogenated soybean oil, and canola oil.  Those oils are loaded with omega-6 fatty acids, one is hydrogenated, and they all have very low thresholds for heat (meaning they are chemically altered for the worse when heat is applied).  Translation: this is a recipe for cardiovascular disaster.  The buns on the breakfast sandwiches include similar oils and high fructose corn syrup, and the eggs are made with hydrogenated soybean oil as well.  The entire high fat meal is a chemical disaster and bears little resemblance to a piece of organic meat cooked at home in butter or coconut oil at a low temperature. 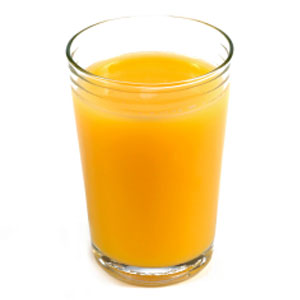 The lack of change in the fat-free meal provides another reason for the difference in FMD changes: vitamin C content.  The fat-free group ate frosted flakes along with skim milk and orange juice (a great meal...if you are five years old) - basically all simple carbohydrates.  Even though a major change didn't occur, I believe that the carbohydrate/sugar content did negatively affect FMD.  Vitamin C has demonstrated a strong, positive effect on FMD in previous research [2], but I believe the vitamin C in this case just attenuated for the damage of the sugar.  I will discuss sugar in the next (and last) installment of the FMD series.  As for now, knowing that vitamin C helps FMD, the fat-free group would have benefited significantly more from drinking a modest eight-ounce glass of orange juice (about 163% of the daily recommended amount, as opposed to the 4% consumed in the high fat group).

Here's what I think you should take from the studies presented above:

In the next and final FMD post, I'm going to discuss the effects of simple carbohydrates on your arteries and heart health.  It may change what you view as a "heart-healthy meal."
Posted by Dr. Sean Preuss at 9:39 PM