Exercise and Arterial Health: What Works?

My last post discussed what flow-mediated dilation (FMD) is and why it's important.  Here's a quick review: 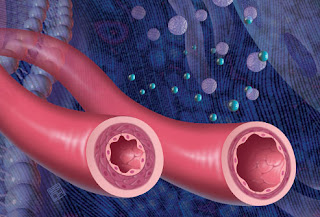 In summary, FMD represents cardiovascular health status.  Now that we've established it's importance, we need to figure out what helps improve it.  In this post, I'm going to discuss the role of exercise.

Consistently, aerobic exercise (A.K.A. "cardio") improves FMD in research [1, 2].  If you participate in standard, steady state aerobic exercise (i.e. running/cycling/swimming at one speed for 20+ minutes), your arteries will likely improve in their dilation abilities. A steady state program could improve FMD in as little as two weeks [1].  Instead of presenting you with the research details on how much it has been shown to work, I'm going to take a different approach: comparing different methods of "cardio." 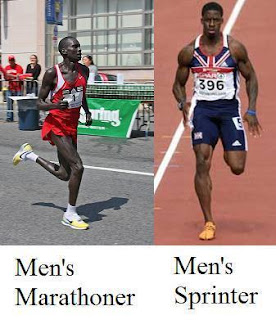 The steady state approach was pinned against high intensity interval training (HIIT) in one study [3].  All subjects in this six week study were young (averaging 23 years old) and healthy.  The ones in the steady state group cycled at a moderate intensity for 50 minutes per day, five days per week (who has that kind of time???).  The HIIT group performed sprints on a stationary cycle: an average of five 30-second sprints, three days per week.  The results are charted below:

As you can see in chart B (normalized FMD), the sprint (HIIT) and endurance (steady state) groups finished with basically the same FMD.  The endurance group improved more, but they also had a lower average starting FMD, which is an advantage for experiencing improvement.  Basically, they both work and to a similar degree.  Here's what I find to be the most important part: the endurance group exercised for 250 minutes (four hours and ten minutes) per week while the sprint group only trained for 7.5 minutes per week!  The sprint group invested less than 1/33 of the time and achieved basically the same FMD improvement!!!  FMD responds greatest to intensity, and intense exercise can produce significant gains with a fraction of the time investment.

﻿Strength training's effects on arterial health aren't so clear: some studies show big changes, and some show little to no change.  Strength training helped healthy, postmenopausal women increase their FMD only 0.8%, and that change was statistically insignificant (meaning it was possibly due to chance) [4].  However, another study led to a significant increase of 2.6% with overweight but healthy women, aged 24-44 [5]. 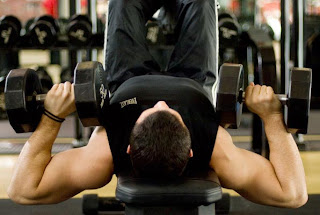 Trials on young adults proved equally inconsistent.  Strength training did not increase FMD in 23 year-old males [6],  but significant improvements were achieved in a different study on young men and women (mostly men), average age of 18.5 years [7].  So what's the deal?  Does strength training improve artery function?  Am I just going to continue wasting your time by citing studies with opposing results?

I think there are some simple explanations for the different results, and these explanations can be used to make your own strength training a true cardiovascular workout.  The major difference for the two adult women studies is the starting point: the postmenopausal women started with a very healthy FMD of 10.2%.  There wasn't much room for improvement.  However, the successful group started at a borderline healthy 6.3%.  The 2.6% gain is a large change, but they still only ended the study at 8.9%, lower than the starting point for the postmenopausal women.

The young adults could not be explained by baseline numbers: the unsuccessful trial started at 7.6%, whereas the 18 year-olds started at 9.7%.  What could be the difference???  Inter-set rest periods.  The 23 year-olds took the traditional strength training approach of waiting two minutes in between sets, but the 18 year-olds were hustling with only 30 seconds in between.  I will blog more on the importance of inter-set rest periods in the future, but when it comes to cardiovascular benefit, it seems that what you are doing in between sets is just as important as what you are doing during the sets.  This one workout detail seems to transcend the importance of baseline health.


Bringing It All Together