What I Eat: The January Edition, and the Danger of Small, Frequent Meals

This is the fifth installment of the What I Eat series (last May, July, August, and September).  As you'll notice, my meals haven't changed that much since last September. 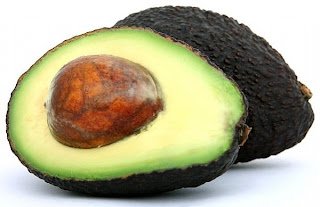 5:30 AM: Can of sardines with a sliced tomato in balsamic vinegar, and a banana
10 AM: Three over-easy eggs with an apple
1 PM: Three hard-boiled eggs and sliced fruit (pineapple, apples, and grapes)
6 PM: A large bowl of romaine lettuce, sliced tomatoes, an avocado, bacon, and chicken with red wine vinegar and olive oil

5:30 AM: Can of sardines with a sliced tomato and carrots in balsamic vinegar
9:40 AM: A chicken breast (pan fried with butter) and an orange
2 PM: Four hard-boiled eggs with a chopped red bell pepper
9 PM: A large bowl of arugula, romaine lettuce, sliced carrots, ground meat, an avocado, olive oil, and balsamic vinegar 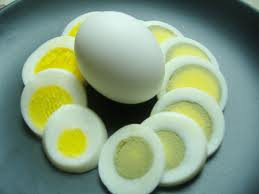 5:30 AM: Can of skipjack tuna with a sliced tomato in balsamic vinegar, and an apple
10 AM: Three over-easy eggs with a banana
4:30 PM: A large bowl of arugula, spinach, sliced carrots, raisins, and chicken with olive oil and balsamic vinegar.  Also, a few handfuls of sunflower seeds and almonds. 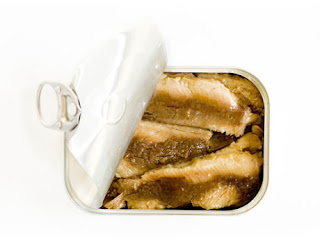 You may look at my recent days above and think, "what's up with your breakfast???"  It certainly doesn't sound appetizing for many people, but it's a nutritious and quick meal (I start training clients at 6:30 AM, so I'll take all the sleep that I can get).  In regards to nutrition, that meal provides large amounts of vitamin A, D, B complex, calcium, phosphorous, selenium, omega-3 fatty acids, fat, and protein.  The acetic acid in vinegar also helps control blood glucose, as discussed previously.  The breakfast is a great fuel for the start of my day, especially considering that I don't consume caffeine and need to be focused so early in the morning.


US Obesity: Are We Eating Too Often?

I mentioned recently that NHANES population data is showing that obesity is no longer increasing in the United States [1].  From 1999 to 2008, the obesity rate has not significantly increased.  The average has increased and decreased by a few percent in that time.  While this is a positive sign, our obesity rate is still way too high - the 2007-2008 NHANES data states that 33.8% of the adult population is obese.  While it is not significantly higher than 10 years ago, the obesity rate has skyrocketed in the decades leading up to '99.  The million dollar question is: WHY???

Looking at diet, one study examined the changes since 1977 in three logical areas: energy density of food, portion sizes, and eating occasions [2].  Energy density basically means that we are consuming more calories per gram, which is accomplished by replacing protein or carbohydrates with fat.  Eating occasions were considered any meal, snack, or beverage (excluding water) that did not fall within 15 minutes of a previous meal, snack, or non-water beverage.  The researchers looked at data from four sets of years: 1977-78, '89-91, '94-98, and 2003-2006.

Energy density did not significantly change in any of the three follow-ups.  However, portion sizes increased in two of three subsequent studies, and eating occasions increased in all three. 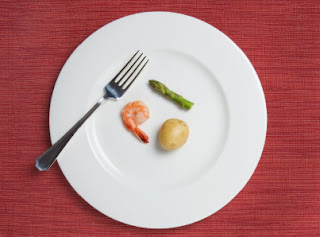 The study does not prove that portion sizes and eating occasions are the cause of our high obesity rate in the US; it only shows that there is a connection and they are possible causes.  The meal frequency especially caught my attention as it is something that I have spent a lot of time studying.

Eating six small meals per day is commonly recommended for weight loss.  The theory is that eating your daily calories in the same amount but spread over six meals will boost your metabolism.  While this may seem logical, research shows that if anything is superior for fat loss and health, it is eating less frequently (read my previous posts, here and here, to see the research and my experiments with meal frequency).  In addition, I think this idea is very flawed in the real world.  Eating small, frequent meals is based on a simple concept: that people will eat with discipline, consuming no more than they would in three larger meals.  Do you believe that the majority of people can do that?  I don't, and I'm not trying to insult others - I may be one of them!

In conclusion, for weight loss or maintenance, I think most people would benefit from eating less frequently.  Even if there is no physiological benefit to eating only two, three, or four meals per day, eating fewer meals will likely decrease a person's daily intake.
Posted by Dr. Sean Preuss at 3:38 PM

Hi, Sean. Your's looks like a healthy diet to me!

Regarding US obesity:
I've seen published studies that indicate average daily caloric consumption over the last 2-3 decades is up by 150 calories (men) to 300 cals (women). If true, it's a wonder we're not fatter.

I also agree with your thoughts on meal frequency.

Thanks for reading. 150 and 300...I agree: we could be a lot fatter than we are now! Thanks for sharing the link. In regards to my diet, the sardines were partly an idea that I got from reading your blog.

I hope all is well with you and life in Scottsdale.

It's nice to see someone finally mention the lack of evidence to support frequent meals boosting metabolism. Keep up the good work.

Thank you, Taylor. I don't know how this myth of small, frequent meals for fat loss continues to live on.