The Effects of Sucralose on Weight Loss and Diabetes Risk 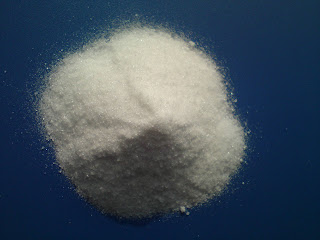 
While all four are detrimental to health, only one is irreversible: Beta cell death. One of these factors also dictate whether your body can breakdown its own fat tissue.

Sucralose, the artificial sweetener used in Splenda, is commonly used for many purposes. Like all artificial sweeteners, it provides a sweetness many times greater than actual sugar. As a result, a much smaller amount is required to provide the same amount of sweetness. Therefore, the amount of calories contributed by sucralose in these products are so low that they can usually be rounded down to zero ("calorie free"). Sucralose is commonly used in some diet sodas, juice-like products, diet iced teas, sugar-free syrups, many protein supplements, and some reduced-carbohydrate ice creams.

Unfortunately, sucralose does not come without side effects. According to a 2013 study, sucralose affects the first three underlying diabetic factors and could lead to beta cell death. In addition, sucralose consumption contributes to a hormonal condition that prevents any significant weight loss from occurring [1].

Researchers at the Washington University School of Medicine in St. Louis, Missouri, conducted a simple crossover study which looked at how sucralose can effect the body's reaction to a subsequent consumption of sugar [1]. Specifically, the participants did both one of the following:

A crossover study means the same people for each trial. Using the same people for each trial eliminates the possibility that the effects of the sucralose were caused by the people using it and not the product itself. In this study, there were about seven days inbetween the sucralose and water trials, so the effects of the first trial disappeared before conducting the second.

The participants were 17 obese but healthy men and women, being free of heart disease, diabetes, and insulin resistance. In the experiment, they were monitored tested 11 times in the five hours following the glucose consumption.

The sucralose beverage experiment led to a 14% higher peak in blood sugar, which occurred at 60-90 minutes after consuming glucose. The sucralose experiment increased insulin resistance by 21% and overall insulin production was 20% higher over the five hours of monitoring.

How Do the Results Apply to You?

Before discussing the results, let's get one thing out of the way: consuming 75 grams of glucose is not a normal activity. Seventy-five grams of table sugar, or one-third of a cup, is equivalent to a 24 ounce soda. However, table sugar is not just glucose - it is also fructose as well, and fructose is metabolized differently. 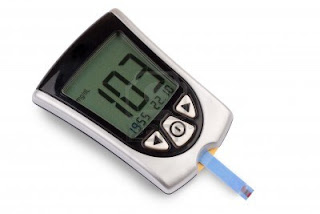 With that said, there are still lessons that are important. Sucralose, like other artificial sweeteners, still impacts your blood sugar and insulin production. The direct impact on blood sugar is minimal, but if you are following a diet soda or sugar-free iced tea with a meal containing sugar, your will experience a greater blood sugar spike and your Beta cells will have to produce more insulin.

The latter point has two consequences. First, you will have higher levels of insulin in your blood. When this happens, weight loss is basically impossible. When insulin is overly abundant in your blood, your body shuts the door on breaking down fat. If anything, you will likely store more fat. Weight loss occurs in a state of normal or low blood insulin.

Second, Beta cells "burn out" and die from being chronically overworked. The Beta cells of the study participants had to work 20% harder for at least five hours when taking the sucralose-sweetened beverage before the glucose. As mentioned at the start, Beta cell death is the only irreversible factor out of the four - it is the reason why a diabetic can never fully cure his/her condition.

Sucralose provides an enhanced taste to products without the calories and blood sugar impact created by regular sugar. However, eating or drinking sucralose-sweetened products does not come without side effects. To lose weight and minimize your risk of type 2 diabetes, consume sucralose infrequently, if at all.
Posted by Dr. Sean Preuss at 12:18 PM

I get severe migraines from Sucralose. It isn't listed in this.

sugar is also a poison… and it all depends on the amount of sweetener you use.

Without you I might still be eating Splenda and thinking it wasn't bad for me! Artificial sweeteners, colors, and flavorings are hidden everywhere. I work in a dairy department, and it makes me sad when I see people buying the non-fat, non-"sugar" varieties and thinking it's good for them, when those have the worst stuff in them.