Before, After, and Way After: The Story of My Sustained 30-Pound Weight Loss 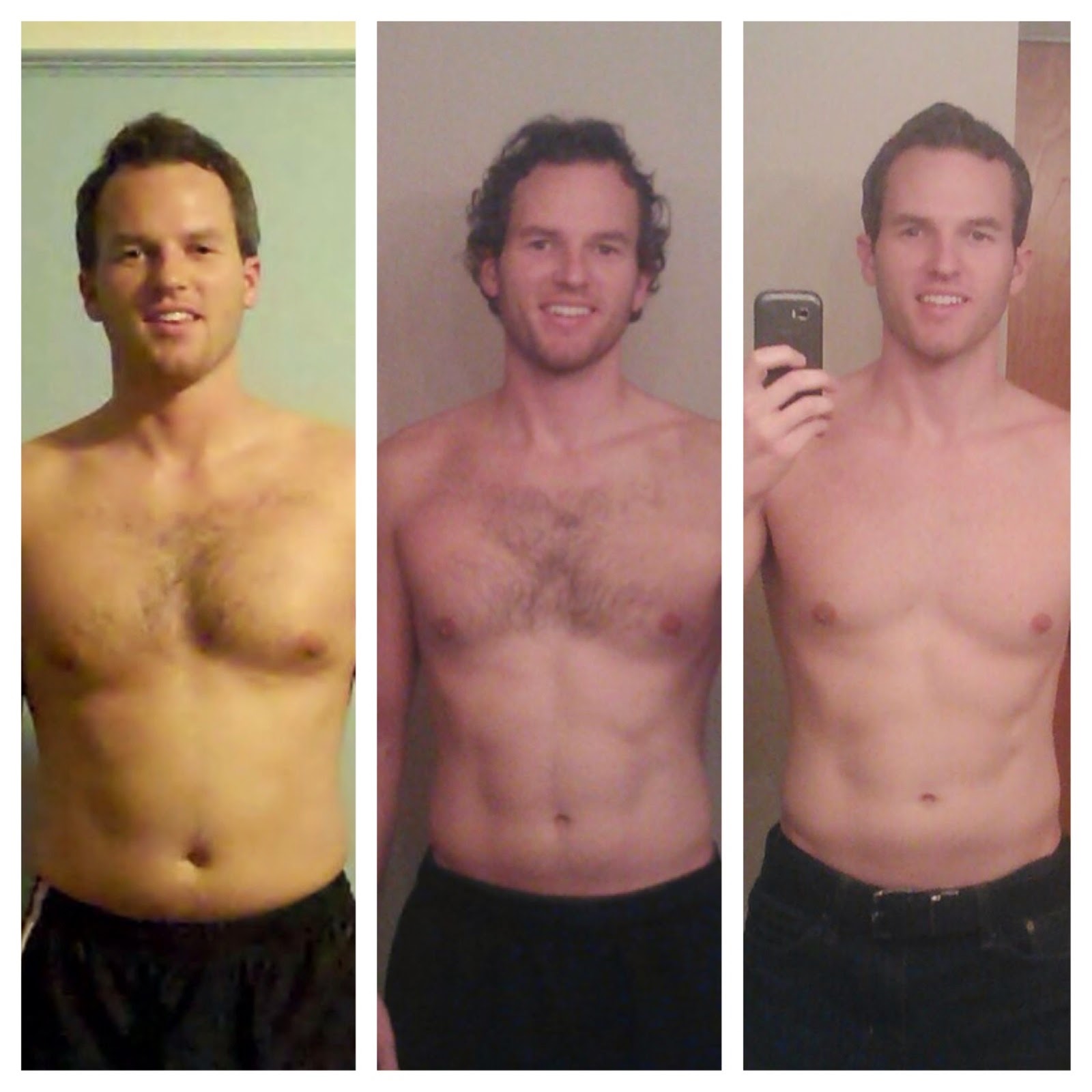 About two years ago on this blog, I wrote about all of the changes I made to get from 201 to 171 lbs. In summary, I hit a lifetime peak of 201 lbs. in August of 2010. For the rest of 2010, I made obvious changes, such as eliminating junk foods. In the spring of 2011, I made major changes, increasing my intake of fruits, vegetables, and omega-3 fatty acids (sardines, salmon, anchovies, cod, etc.) while eliminating processed foods from my regular diet. In the beginning of 2012, I regularly weighed in the low 170s, as you can see in the middle picture.

On March 13, 2014, I took the picture on the right. About two years after reaching 171 lbs. for the first time since high school, I still weigh about the same. How have I sustained the loss? I used the same strategy that several of my clients have used to maintain losses ranging from 10-70 lbs.: I made lifestyle changes. 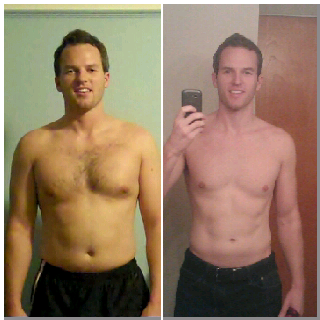 For today's post, I don't need to reference any studies to make my point. I could analyze my changes from a physiological standpoint, but I won't. The point is not scientific. It's logical. The lifestyle changes I made with my eating habits several years ago are habits I still maintain today.

5:30 AM: Can of sardines with a sliced tomato in balsamic vinegar, and a banana
10 AM: Three over-easy eggs with an apple
1 PM: Three hard-boiled eggs and sliced fruit (pineapple, apples, and grapes)
6 PM: A large bowl of romaine lettuce, sliced tomatoes, an avocado, bacon, and chicken with red wine vinegar and olive oil

5:40 AM: Can of sardines with an apple
10 AM: Eight ounces of turkey and a banana
1 PM: Salad with romaine lettuce, sliced bell peppers, sliced apple, cherry tomatoes, grilled chicken, and a house vinaigrette dressing
5 PM: Eight ounces of grass-fed beef with a broccoli slaw salad (sliced broccoli and carrots, extra virgin olive oil, and a touch of Dijon mustard)

The foods aren't exactly the same, but the principles are similar: my daily eating regimen still features 3-4 meals, 8-10 servings of fruits and vegetables, a natural protein source at every meal, and extra virgin olive oil and salt as some of the few condiments I eat. I also continue to strength train 3-4 days per week.

All people who want to lose weight and maintain it don't have to eat like I eat. I realize eating sardines for breakfast isn't exactly a popular idea. Doing what I do is certainly not the point I want you to take away from this. The real point is, if you want to make a sustainable weight loss, you must make sustainable changes to your habits.

Diets where you are eating less than 1,000 calories per day, eating only one food for several days, or where you are reliant on supplements are not sustainable. Eventually you will have to transition from those initial weight loss-inducing behaviors into another phase that you can live on.

If you are looking to lose weight, ask yourself this when considering any diet or program: can I see myself doing this in five years? If the answer is no, then the program probably isn't what you are looking are. Lifestyle changes are sustainable. Most commercially-popular diets are short-term weight loss kick-starters. I look the same way I did two years ago because I'm doing similar things. It's not science. It's logic.

Don't get on the weight loss roller coaster. Make changes you can sustain and your new weight will stick around as well.
Posted by Dr. Sean Preuss at 8:14 PM

Q: Did you abstain from all alcohol? Did you try to get more sleep as well?

Thank you. I cut down alcohol when starting to make changes in 2010. Since then and during the majority of my weight loss, I drink about 3-4 glasses or red wine per week.

Sleep has consistently been around 6-8 hours per night.

I think I'll give this a try, would really like to drop that last 15 pounds or so. Of course, I'll be happy to end up looking like your before pic hahaa...